Last month at the Reed Awards and again last week at the American Association of Political Consultant’s (AAPC) Annual Pollie Awards, we were honored for some of the work that we did helping Democratic candidates buck the national trend and win governorships in states that Donald Trump carried at the Presidential level.

Rising Tide Interactive was recognized with a Gold Pollie award for “digital advertising” in the gubernatorial candidate category for our work on behalf of Steve Bullock, who won re-election in deep-red Montana by 4 points and outperformed the top of the ticket by 16 points.

We also took home a Silver Pollie in the independent expenditure category for our work in North Carolina, where Roy Cooper won back the governorship from Republican control in a state that Donald Trump carried at the presidential level. Additionally, last month at the Reed awards, we won “Best Use of Display Advertising for Independent Expenditure Campaign” for our work in North Carolina on behalf of Progress NC. 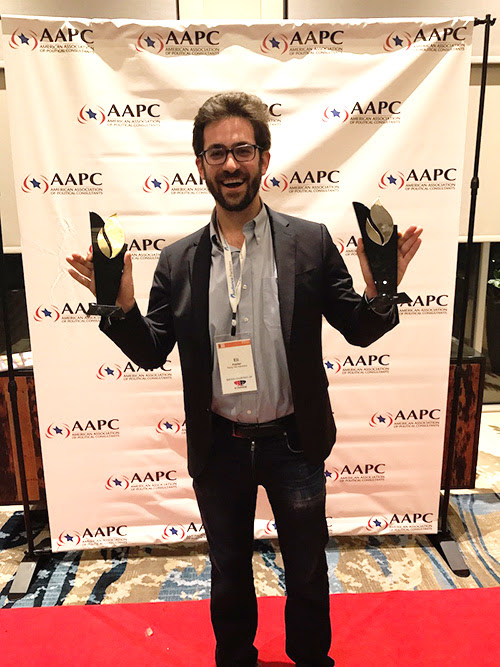 Partner Eli Kaplan at the 2016 Pollies

According to the AAPC, “the Pollie Awards are the most prized and sought-after awards in the political communications and public affairs industries. Whether submitted by large consulting companies or individual consultants, this is the one arena where every piece of work is considered equal in competing for honors of excellence.”

We’re thrilled these organizations honored the successes our clients achieved this year. We count ourselves as incredibly fortunate to be working with such amazing Democratic candidates and for the advancement of important progressive policy priorities and initiatives.

And the Pollies Go to… Rising Tide Interactive